From our archives, Indiana’s 2021 School Counselor of the Year Connie Sivertson reminds us not to forget about our highest achieving and most resilient “schoolproof” students who need school counselors’ support just as much or more as other students. 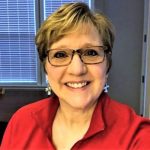 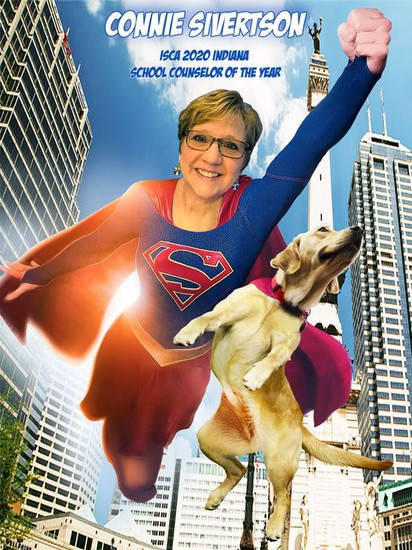 Connie Sivertson is originally from North Dakota, taught school in Arizona, and now works as the Co-Chair of the Lawrence North High School Counseling Department in Indianapolis, Indiana. She and her husband Chad have three children – Sydney, Alex, and Lily. Connie was recently named 2021’s Indiana School Counselor of the Year.

Matt Fleck:
Hey, everyone! Welcome to the spring break edition of Encouraging Words for School Counselors. I’m Matt Fleck with Inspire Success. As you enjoy or prepare to enjoy your spring break, we’re taking a break, too, by reaching back into our archives for today’s Encouraging Words story from Connie Sivertson.

Connie was just named Indiana’s 2021 School Counselor of the Year and as you listen to her story this week, you can see why. After COVID hit, almost exactly a year ago, her high school sent a survey out to all of their students to see how they were doing. And the results, according to Connie, were a punch in the gut.

Connie Sivertson:
It took my breath away. What really just blew me out of the water — it wasn’t the kids I thought it was going to be. We have all focused on our vulnerable population and what was just alarming was the number of what you would consider, kind of, middle class, school-proof kids that go about their business. They’re in sports during, you know, they’re president of the Key Club, they’re running this for the Tri-Hi-Y, they’re those kids that are involved everywhere. And it really was an “aha” to see the number of kids that relied on school as their place, as their identity. I do school very well. I get accolades for what I do. I feel rewarded for the kind of work I do and the scores I get, in the insights I have, in the discussions I contribute to. And all of that was taken away from them in very short order.

Matt:
There is one particular student of Connie’s where this description fits like a “t” – he was “school proof” according to Connie – or at least that’s what she thought.

Connie:
He is this just awesome little intellectual brainiac. He loves computers. And he is just the most enjoyable, funny, funky. He is creative and, and kind, tuned in, is one of those kids that picks up on all of the littlest details and remembers stuff that you’re like, “Oh my gosh! I can’t believe you remember that.” He’s that kid, he’s just super tuned in to everything. About the beginning of May, he sent me an email that was one of those that came overnight and it is so dark and so heavy and scary.

Connie:
It took us probably, I think, two days, as I recall, to get through to anybody. Nobody answered the phone, which made my anxiety go through the roof. Finally got a hold of them. And he hadn’t really said a whole lot to them. There was a little bit of a cultural concern about mental health that came out. Mom said, you know, nobody in my world deals with this and if you do, you keep it quiet. You don’t say anything. And, um, so we had several areas of concern that we needed to get him into mental health support. So fast forward a couple of weeks, getting him connected up to really over the last month, his grades are horrible. And this is a kid who was straight A’s. I think everything is in the D/F range right now. We have had multiple conversations with teachers where I literally shared his transcript and said, “I know he’s brand new to you. You guys didn’t know him previous to the start of this school year. I need you to get a snapshot of who this kid really is.”

So, we are now at a point where he has decided he is going to stay in school. He has been engaged in intensive mental health support. He’s got a therapist that he sees at least once a week. He started a medication regime and he is feeling better. He was in my office on Monday of this week and he had a smile on his face, you know, like physically appeared to be trying to engage in the world. Just completely, like, the turn around. You can see it. And I want to do everything I can to embrace that and encourage that and nurture that, because he’s coming back. And he will say, this whole thing has thrown me for such a loop. I would have never guessed I would be the person who would feel so isolated, so abandoned, you know? So without purpose.

Matt:
And this is the core of the message, to remember to keep an eye on those who appear to be school proof or bulletproof, because sometimes they aren’t.

Connie:
You know, just the hope I feel that, okay: Here’s one. I think about that starfish story. You know, I may not be able to save them all, but I’m going to keep throwing them back in the water. And that’s kind of that sense I have. And I think it’s so important to stop and pause because there are so many that need help, it’s overwhelming to me. So I need to stop when you have something that’s going right and say, “ Okay, here’s an example of somebody who is definitely coming. He’s on the right path and hopefully will be restored to the life he wants to live.”

Matt:
Congratulations again to Connie who  was just named School Counselor of the Year. You can see a photo of Connie and the school counseling program’s service dog named Nugget on our website at inspiresuccess.org/podcast.

And plead make a note to visit our online soundbooth and record a touching or humorous story about a success YOU’VE experienced with one or more of your students. It’s simple to do at inspiresuccess.org/soundbooth.

Thank you for doing that and thanks for joining us. Until the next time, have a wonderful week!