Helping our students succeed can sometimes take us on journeys we don’t expect. Indiana high school counselor Allen Hill shares a story this week about how helping one of his students helped HIM grow as a professional school counselor. 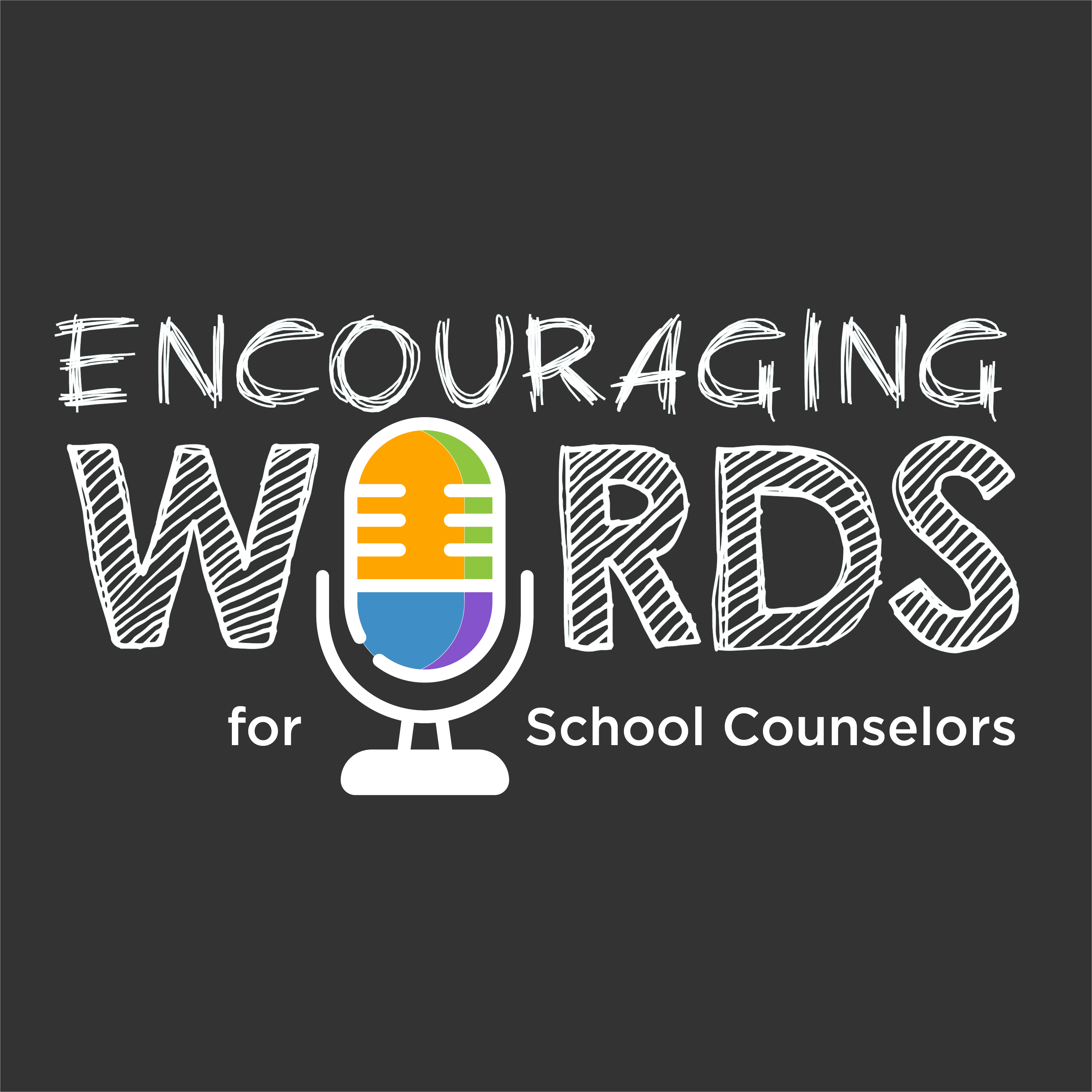 Encouraging Words for School Counselors
Helping Students Can Help Us, Too (#50)

Allen Hill is the school counselor at JR Phalen Leadership Academy and the Executive Director of the Indiana School Counselor Association. 2020 marks Allen‘s 42nd year as an educator and 20th year as a school counselor. Allen enjoys the outdoors and fly fishing. 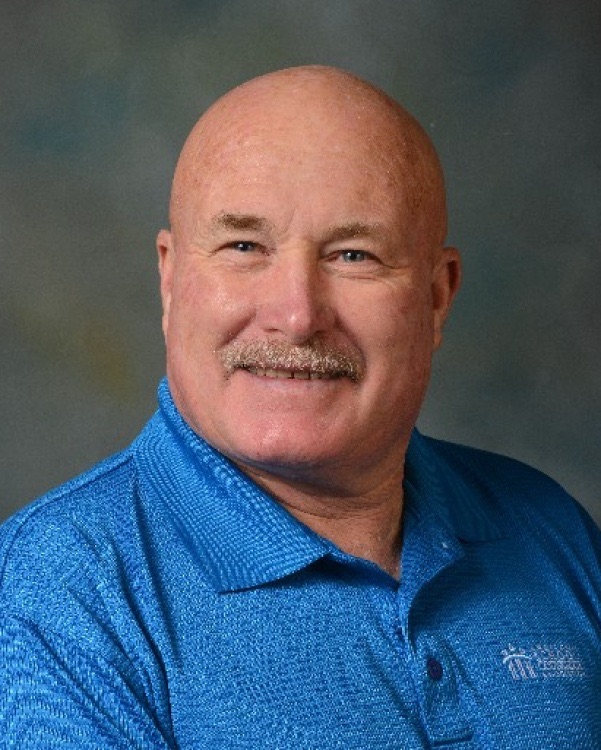 Matt Fleck:
Hey, everyone! Welcome back to Encouraging Words for School Counselors. I’m Matt Fleck with Inspire Success. We started this short, weekly podcast to help keep your batteries charged in the midst of another challenging school year. Which is pretty much what we do for students, right? And that idea links to our story today from Allen Hill who is the high school counselor at JR Phalen Leadership Academy AND the Executive Director of the Indiana School Counselor Association. If you’ve been a school counselor for more than a few years, you can probably relate to the tale that Allen shared with us.

Allen Hill:
The story that was probably the most rewarding and at the same time, very touching for me was a young man that was down in my school in Arizona and Antelope. His mom was a single mom, had three boys at home. She worked three jobs supporting them. They worked during the summer to buy their school clothes and all three were athletes. So they had to buy their cleats and their basketball shoes and all that. And I coached this young man in basketball, as well as being his counselor. He was like fourth or fifth in the GPA, you know? So he wasn’t going to get the valedictorian, salutatorian scholarships, and stuff like that. And definitely knew he couldn’t afford to go to college unless he got some scholarships. So he comes to my office, and he says, well, where do I go? So I directed him to all the scholarships and everything. And we had one in Arizona that I thought he fit very well. It was called the Dorn Scholarship. And I said, Hey, you know what? You got to apply for this.

Matt:
And the young man did apply…and his prospects started to look good.

Allen:
He made it through the first round, which we had had a couple of kids who did that before. And he was excited as all get out. And I said, well, you got two more rounds to go, so just hang in there. Well, he made it, he made it to the final round where he had to have an interview down in Phoenix at this really fancy resort area and stuff like that. And he says, Mr. Hill, I can’t go. I go, why is that? My mom can’t take time off from work to go. I said, you’re going. You’re flat out going, I don’t care. We didn’t get this far for you not to go.

Matt:
Allen went to his superintendent to ask for the time off. At first they weren’t real happy about it, but then agreed not only to let Allen take the student to the interview, but to let him use the school car. When they arrived, the scene for Allen’s student was a bit intimidating.

Allen:
Because everybody there, the girls and the guys that were there were in suits and formal dresses and all that. And he was just there in a really good pair of blue jeans, a dress shirt, and a tie that I gave him that I also taught him how to tie, and everything, on the way down.

But we’re there and they all have their parents there, and I’m not a parent, but I’m there supporting him and stuff. And everybody was going into different rooms and they come out and ask for him to go into a room that was right off the sitting room where we’re at. And I’m sitting there. Okay. I can hear voices in there, but I can’t tell exactly what they’re talking about and stuff.

And finally, the door opened and the head lady of the whole committee was in that room with him. And she came out with him, arm in arm, and said, I have to meet this school counselor that drove him all the way down here so that he would get an opportunity for this scholarship. And I said, well, ma’am. I said, that’s, that’s what we do. I said, we do whatever it takes to help our students be successful.

Matt:
Even though the interview appeared to go well, Allen’s student was fairly certain he did not get the scholarship. But that wouldn’t be a very good ending to this story, would It? A few weeks later, Allen heard back from the student.

Allen:
He said, Hey, Mr. Hill, I got the scholarship. And this was a full ride to ASU or U of A. And he went to ASU plus a paid summer abroad study which he did in Italy. I mean, this is a kid that had never been outside of Yuma County except to go on athletic trips until I took him up there for his interview and everything. And now this kid, he has traveled to five or six different countries. He has majored in bioengineering. So he’s working on alternating the genes of plants and everything like that. And he’s graduated. And he is working for a big tech company down there in Phoenix and making well over a hundred thousand dollars, you know, and he has actually paid for his older brother to go back to school and finish out his degree. And he has bought a house that has a, what we call a mother-in-law’s house. So his mom can come up and stay with him, and he’s going to support her. And she don’t have to work anymore.

Matt:
Many of us have been lucky enough to witness stories like this one…and we realize, like Allen does, that we don’t do it alone. Allen credits the support of the Indiana and the American School Counselor Association and the network of counseling friends he has built over his last 20 years as a counselor – in supporting his growth and confidence to become a better school counselor.

Allen:
When you have a group of people like that are able to help you help your students, it just means so much to you. So I think between the success stories that I hear from the kids on a, all the time and the amount of friends that I have on Facebook that are former students, and then having that colleague network has just made the job so special.

Matt:
Translating success in school to success in life…it doesn’t get much better than that, does it?

Do you have a humorous or touching story to share? I’ll bet you do. If so, drop me a line at matt@inspiresuccess.org. Simple as that.

And check us out on Twitter, Instagram, and Facebook. We love to hear your comments as well. Oh, and be sure to tell others that we’re available on ALL of your favorite podcast apps.

Thanks for listening. Have a spectacular week!

Judge Not By the Harvest, But By the Seeds You Plant (#51)