While on vacation this summer, our host Matt Fleck saw a sign at a farmers market that said, “Judge each day not by the harvest you reap but by the seeds you plant.” In this summer rebroadcast, school counselors Trudi Wolfe and Melissa Keeley explain why this particular phrase is especially meaningful to their work as counselors.

Inspiring School Counselors
Judge Not By the Harvest, But By the Seeds You Plant (#51)

Trudi (far right) is pictured here with her family. 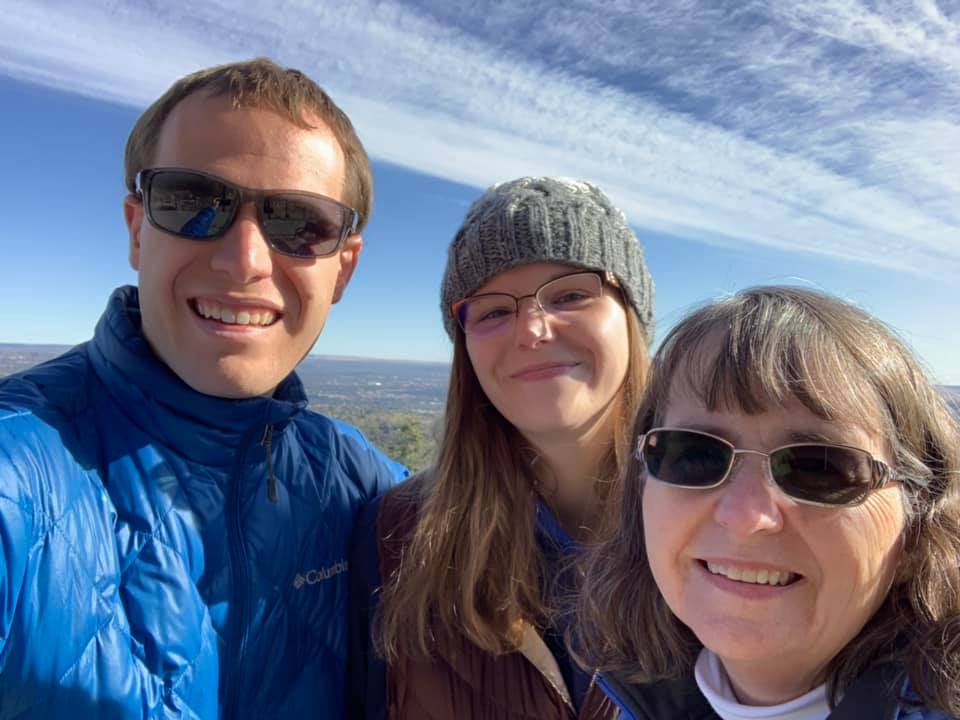 We were curious about the poems that made such an impression on Trudi’s students, so we asked about them.

This poem comes from when the main character is wanting to give up:

You can do it.
It may take time,
But stick with it
And you’ll be fine.

This poem comes from when a character is dealing with a bully:

Think clear, think bright.
Feel the sun in my heart just right.
Your words can’t hurt
No matter what you say
Because in my mind
I know that I am okay!

The poems may not look like much as they stand alone, but when in context as the characters go through a magical adventure, they have more meaning.

Matt Fleck:
Hi, everyone!  Thank you for joining us again for the Encouraging Words for School Counselors podcast. I’m Matt Fleck with Inspire Success.

This summer we’re rebroadcasting some of our favorite stories from school counselors over the last school year. One of our most popular podcasts was from Trudi Wolfe. Trudi has been an elementary school counselor for more than 17 years but – prior to becoming a school counselor – she spent almost 20 years in the mental health field. One of her first jobs as a mental health counselor was at a residential shelter for children where she heard a kernel of advice that has stayed with her for all this time.

Trudi Wolfe:
The work at the shelter was very hard. We had a mixture of children placed there by DCS and also by juvenile probation, it was residential. And so it was hard to see changes for the children. And because it was a small community, we were able to stay in contact with them once they went home. And that was sometimes even more discouraging to see them regress. But my supervisor Joanne always said, “You’re planting seeds. You may not see the results of the growth and the blooming because you work with children. With children, we only have them for a short time.” So I always hung on to that.

Matt:
That wisdom and advice, says Trudi, stuck with her and has helped her through her years as a school counselor.

Trudi:
A few years ago, our district was doing some long range planning meetings, so parents and community members, teachers, counselors, a lot of people were involved.

So, when I was waiting for the meeting, I went to the local CVS and I ran into two girls who had been in my self-esteem group  in third grade and they were at the middle school now. And they were so happy to see me and they told me how much they enjoyed group. And we had two really important poems that we use a lot in that group and they recited both poems from memory. One girl told me that she still has her little card with the poem on it and she looks at it every day.

And then when I went to the district meeting, a mother came up to me and I had had all three of her children in groups. And again, she told me, you know, how much the groups had helped her children. And that was kind of a dark day for me. That was not a good day for me, but it quickly turned into a very meaningful day for me because I saw the results of the seeds I had planted

Matt:
After we aired this story last fall, a counselor named Melissa Keeley – who has worked with Trudi over the years – shared a related story. She wrote,

“I worked with a 4th grader with extreme anger outbursts, impulsivity and prone to fighting first and asking questions later. We worked very closely in 4th grade, a little less in 5th grade, and in 6th grade only met when specific situations arose.

“One day in 6th grade [this student] came to my office shaking, pacing, red faced, clenched fists, and probably the angriest I had ever seen him. When I was finally able to talk to him, I assumed he was in trouble and had already done something. When I asked him what happened he started listing all of the other person’s actions and how mad he was.

“When I asked him what he had done, he said, ‘Nothing. I walked away.’ When I gave him a hug and told him how proud of him I was of how far he had come, he said, ‘Oh, I wanted to fight him, but I didn’t want to make you look bad because of all the time you have put into helping me work through things.'”

Melissa says it made her feel so good knowing that at the height of his rage, this student paused long enough to think about her and how she would feel and how she would “look” – and because of that – the student made a different decision. She says it is STILL a highlight after 18 years in her position!

Thanks, Melissa, and thanks, Trudi, for your stories. You can find links to the two poems Trudi mentioned on our website at inspiresuccess.org/podcast.  You can also – while there – record your OWN story of a touching or humorous encounter with a student or family from your work as a counselor or social worker. Please take a minute and do while it’s still summer and you have a minute. All you have to do is go to inspiresuccess.org/soundbooth and you can record anytime you want. And again, we would love to hear your stories.

One last reminder, my colleague Kelly and I are at the ASCA National Conference this week so stop by and say hello at booth #804.

Thanks for listening! As always, have a great week.