This week we feature one of our favorite podcasts from the past year. Retiring school counselor Kent Cocking shares a story of a 60 year old retiree whose love for learning touched the lives of all those around him.

Encouraging Words for School Counselors
For the Love of Learning (#53)

Kent Cocking has been a science teacher and a middle, high school, and career center counselor during his 43 years in education. He retired this spring.

He and his wife Samantha have been married for 35 years and are looking forward to traveling to Utah to visit their daughter and husband and to West Chicago to visit their son, his wife and three grandkids.

In retirement Kent hopes to spend more time volunteering with the local ambulance department and continuing his annual mission trips to Honduras. 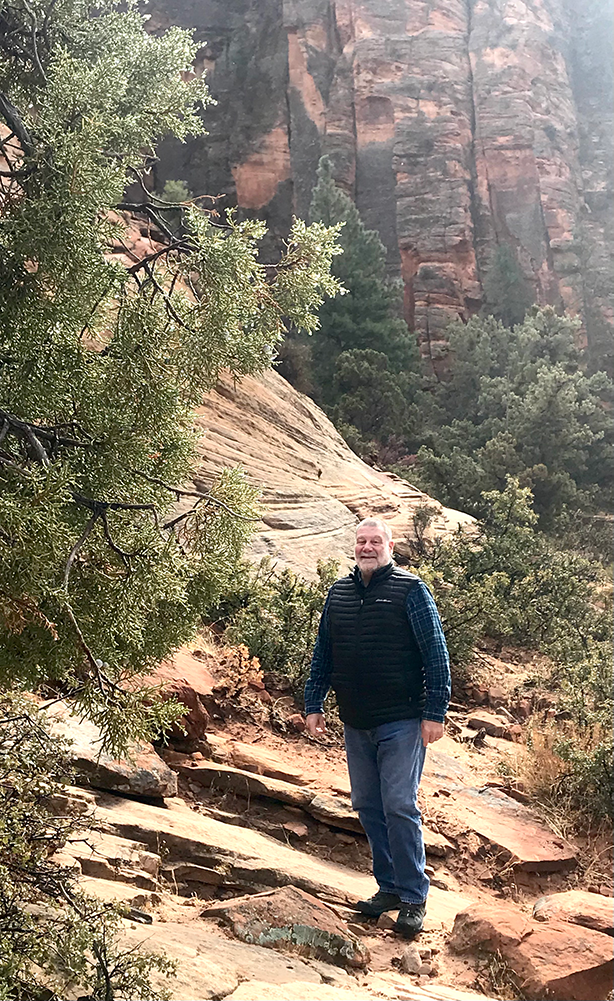 Matt Fleck:
Hi, everyone. It’s Matt Fleck with Inspire Success – thanks for joining us for another week of the Encouraging Words for School Counselors podcast.

The new school year is already getting underway for some of you so this is the last of our summer rebroadcasts series. We will have brand spanking NEW podcasts starting next week. And as we start a new year – please, please, please consider sharing one or two of YOUR stories of YOUR school counseling experiences with us so that we can start the year off right. We’ll tell you how in just a few minutes.

One of my favorite stories from the past school year is from Kent Cocking. Kent was first a teacher then a middle school counselor, a job he loved. But when his position at the middle school was riffed Kent reluctantly took a job as counselor at the nearby career center.

Just a few years into his job as a career center counselor, a man in his 60’s named John came to Kent to see if he could take a few high school culinary arts courses. THOSE classes were only offered to HS students but after checking with his open minded career center administrator – the decision was made to allow John to start taking culinary arts classes with students more than 45 years younger than him. Being a father a grandfather – John got along great with the students – and THEY liked him. Then, a few months later – John showed up again at Kent’s office with another question.

Kent Cocking:
So, he asked about getting a diploma and I said, “John, you already have your GED.” And he said, “I know, but I joined the military and then went to work, and I just always wanted a high school diploma. And it’s important to me.”

Matt:
Like most counselors, Kent thought, “Well, if it’s important to John, let’s see what we can do.”

Kent:
So we faxed off a request to his high school on the East coast. I think it was in Boston or somewhere in Massachusetts — I’m not exactly sure of the details, it’s been long enough ago. And I got a copy of it and you couldn’t hardly read it. It was like printed off of microfilm and it was just all fuzzy. So I called the counselor at that school and she thought this was a really interesting process that somebody who was supposed to graduate in 1962 was trying to graduate 40 years later. And so she was extremely helpful and explained what he had taken. And we talked about what classes might count for different things.

And I then met with John and said, you know, you’ve got a handful of classes, probably five or six here to take. Plus you have to pass the graduation qualifying exam and it’s a math test and an English test. And he agreed to do that, so he spent half a day working in the culinary class and half a day working in the alternative program. So now he’s working with two different instructors and two different groups of high school kids, so his influence started to spread a little bit more.

Matt:
John was a veteran of hard work so he plugged away at it, not only earning the additional credits he needed to graduate, but the respect of his much younger classmates.

Kent:
Especially in the alternative program, some of those kids didn’t want to be there. They were there because they were on probation. They wanted to graduate — some of them — but they really didn’t have the drive to be successful. And he was really encouraging them just by example, by being there every day. But even sometimes just sitting and talking with them and telling them about his life in the military and working in a factory and always regretting not having that diploma and trying to push them to be there and complete their work and earn the diploma like he was and not drop out of school like he had done 40 years earlier.

Some of the kids saw him as — I wouldn’t say a father figure because he was much older than most of their fathers — but, you know, grandfather figure. And he took them under his wing. He pushed and encouraged and cajoled and prodded, and really never got upset. I never once saw him get upset with any of the kids. He sometimes got a little stern with them. Like, “Hey, you know, you’re slacking off. Let’s get to work. You need to do what we’ve asked you to do and come alongside here and I’ll help you,” especially in the kitchen in the culinary program.

Matt:
Though John enjoyed his culinary arts classes and he was confident about passing his English and math courses, he was very worried about passing the state’s graduation exam. Kent said, “Don’t worry, you’ve used English and math in your work for 30 years, you’ll be fine.” And sure enough, John easily passed both state tests the first time around and was on his way to earning a high school diploma.

Kent:
Before graduation. I said, “John, you’ve earned a diploma. You have the right to walk across the stage and pick it up with all the other high school graduates, or we can just give you your diploma and you can move on with life.” He thought about it for a few days and then he came back and said, “I think I want to walk in the graduation.” So the director of guidance at that time worked out the arrangements for John to be included in a ceremony.

And, from all the reports I got, when he walked across the stage to get his diploma, the rest of the high school graduates — the 18 year olds — they gave him a standing ovation as he walked across to get his diploma. That standing ovation, you know, included a lot of students who had never met him along with staff and family and, and things. So I’m sure it was a very special time for John.

Matt:
Kent couldn’t make it to the graduation ceremony but did show up at John’s graduation party, which included his family, his grandkids, and of course students from the culinary arts and alternative program. It was not, Kent said, your typical graduation party. But it wasn’t the last Kent would see of John.

Kent:
The next fall. I was walking through the halls of the career center and I saw John there and I thought, well, that’s kind of strange, because he’s not attending our classes anymore. What’s he doing here? So I tracked him down and found out that he had enrolled at Ivy Tech Community College and they were leasing a portion of our building and that’s why he was there. So he was taking computer classes among other things through Ivy Tech. And so I would run into John on and off that next year as he walked the halls as a college student now.

Matt:
John had worked over 30 years at a local factory, on the line, doing the same thing day after day, but his mind was always active. He had a love for learning and the determination to keep learning.

Kent:
John was the first of quite a few and it made me, I would say, have a heart for people who had quit school and wanted to come back and get their diploma and move on. Professionally, for me, I thought my career path was pretty well set. Then through a series of circumstances with jobs being eliminated and getting bounced around a little bit within the system that I was working in, it did again open my eyes to, “Hey, there’s other things you can do.” And every time I’ve had to change jobs, I’ve had to learn quite a bit of new material, new ways to do things. And I guess the learning never ends.

Matt:
John finished out his years of employment as a cook, working, ironically, at a juvenile detention center. John passed away this January. Kent says he has shared John’s story with many parents with sons or daughters who have dropped out, and to other students and educators, in the hopes that John’s story illustrates that there’s not always one path, one neat box that student fits into.

Kent:
For me personally, it gave me the encouragement that there were things out there, that there was more to my career than what I initially saw, and I needed to have an open mind and see what doors were open for me, and when those doors were open to walk through and make the best of it.

Matt:
Kent retired just a few months ago after being a school counselor for 29 of his 43 years in education. Ahhh retirement, some day, right?

So as we start a new school year – once again, we ask that YOU consider sharing a story or two of YOUR experiences as a school counselor. We have an online soundbooth where you can record a story ANY time – at inspiresuccess.org/soundbooth – though most of you find it easiest just to send me a short email so we can set up a brief Zoom chat and record that way. So send me a note at matt@inspiresuccess.org and we’ll get something set up. It’s painless AND it’s a good service to other school counselors.

Don’t forget to subscribe to the Encouraging Words for School Counselors podcast on any one of your favorite podcast apps – Spotify, Stitcher, Apple or Google Podcasts, etc – and tell your friends about us, too. They could use some encouraging coming into a new school year too.

That’s it for now. Enjoy your week. And we hope to hear from you.