Student suicides are devastating tragedies that many school counselors, sadly, have experienced at one level or another. But there is hope. Hear how Dr. Greg Hudnall’s vow to prevent one more suicide at his school has turned into an international movement.

Since then, Hope Squad has been implemented in over 1,000 schools in 33 U.S. states and Canada. 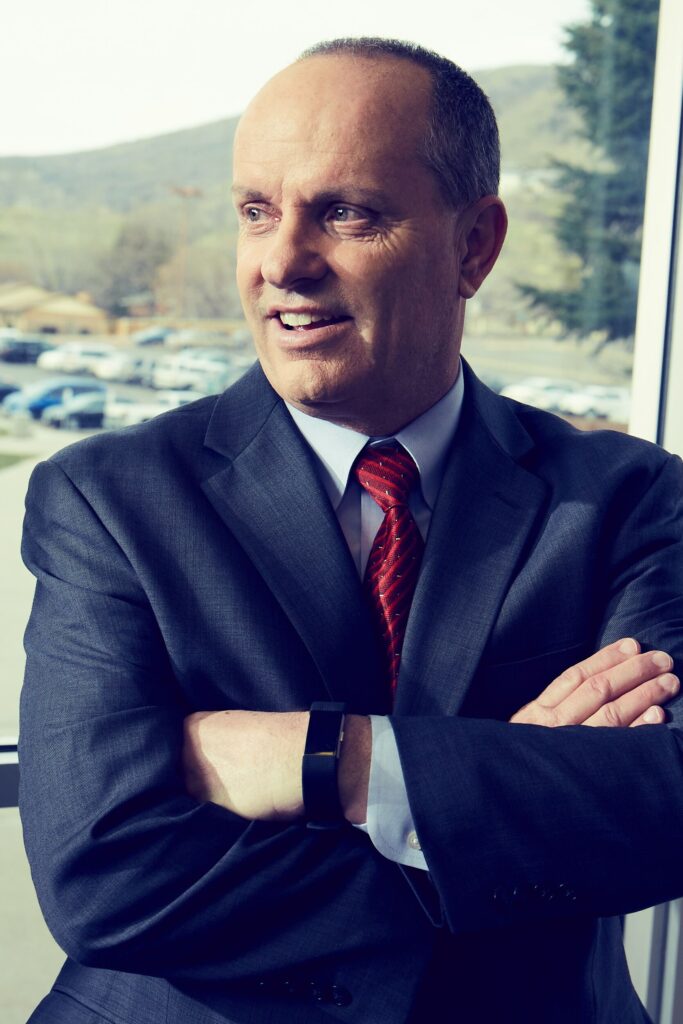 Dr. Greg Hudnall:
I was contacted by the Provo police to come down and identify the body of a 14 year old who had taken his life next to my high school and [they] actually had to move the body to identify him. And when I got done, I literally walked to my car and threw up and sobbed.

Matt Fleck:
You’re listening to Dr. Greg Hudnall – a former high school principal and associate superintendent in the Provo City School District. He is our storyteller in this week’s Encouraging Words for School Counselors podcast. Hi everyone, I’m Matt Fleck with Inspire Success.

The suicide that Dr. Hudnall described was just a few years ago. And it wasn’t the first one he had experienced. During Greg’s 15 years working at the high school, five students lost their lives to suicide, including the 14 year old student Greg described at the beginning.

Greg:
And so I started working with the community — the mayor, the city council, chamber of commerce, Boy Scouts, Girl Scouts, faith-based groups — and we started training across our community. And we thought if we could train the adults, then the suicides will go down. But what we found is that a young man walked into Provo high school, took his watch off, gave it to his best friend, and said, I’m not going to need this after tomorrow. He then went on to tell five other friends that he was going to take his life and not one of those friends told an adult. So we knew that we needed to change our approach.

Matt:
Back then, Utah was among the top 10 states with the highest suicide rate in the country. Suicide was the number one cause of death among 10 to 17 year olds. And Greg’s vow to do something turned into action.

Greg:
What we found were some amazing, great programs that were doing some great things. But the piece that was missing is that most of those programs tried to come in through the back door into the schools, which makes it very difficult — lack of trust, lack of support, lack of buy-in. And so we decided that if we were going to do something that had to be school-based.

So we developed a model and we started out. We went to our high school in Provo called Timpview High School. It’s right next to Brigham Young University, 2,100 students. It was the school that, at the time, had more kids going to Ivy schools than any other school in the state, just amazing young people, but it also had the challenge of being the school that had more threats, more attempts, more suicides than any other school in the district.

And we went through every English class and we asked every young person, if you were struggling emotionally and needed to talk to someone, list the names of three of the peers that you would feel comfortable going to. And the most amazing thing happened, the same 40 names rose to the top out of 2,100 kids. So we pulled those 40 kids out, started training them how to recognize signs, how to talk to friends, but most important when to go to an adult. And the program was so successful. We put it in 13 elementaries, three middle schools, and three high schools, our entire district. And we went nine years without a suicide. Nine years. The cool thing, Matt is that high school — Timpview High School — this is their seventeenth year without a suicide. Seventeen years.

So it’s all about empowering young people because kids talk to kids. And, like I mentioned earlier, we’re now in almost 1,100 schools and 34 states with over 50,000 young people that every single day get out of bed thinking, “How do I help my friend? What can I do to be more aware?”

Matt:
Dr. Hudnall says it takes two to three years to change the culture of the school to see real benefits, it doesn’t happen overnight. But you know it’s working, says Greg, when you start to get referrals from students who haven’t been trained as a Hope Squad member.

Hope Squads have now expanded to college universities, to the corporate world, and now they’re piloting two programs with military veterans in Cincinnati and Utah. And already, more than 40 veterans with suicidal ideation have been referred to mental health specialists.

Thanks to Dr. Hudnall and the great work that he and his team does.

YOUR story may not be as dramatic, but we rely on your stories of your work with students to keep the podcast going, so please take a moment to either drop us a line saying, “I have a story to share” at matt@inspiresuccess.org OR go to our online soundbooth and give us a 30 second summary of your story at inspiresuccess.org/soundbooth.

Thanks as always for listening. Be encouraged and have a great week.