Referenced in this Episode

Dr. Russell Sabella is Professor in the Department of Counseling in the Marieb College of Health & Human Services at Florida Gulf Coast University (FGCU) and President of Sabella & Associates. 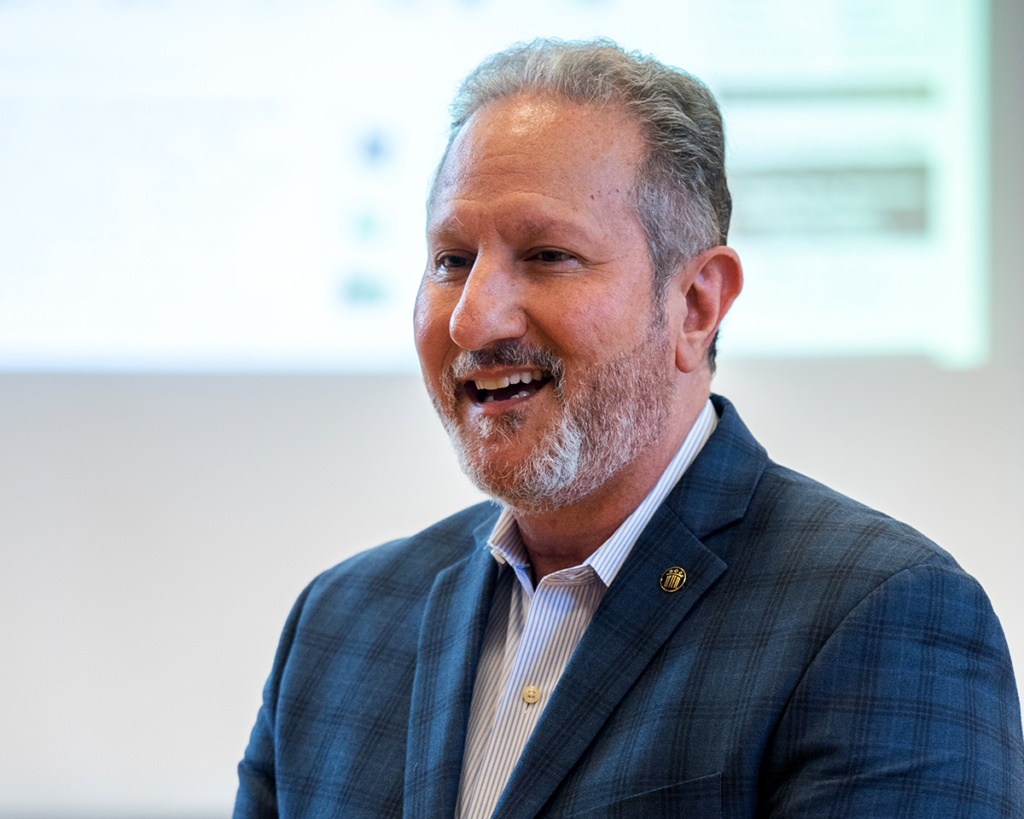 Encouraging Words for School Counselors is also available on these podcast apps and others.

If you can’t find the podcast on your favorite app, let us know and we’ll make sure we get there.

If you prefer to listen in your browser, visit https://inspiresuccess.org/podcast every week for a new episode.

Matt Fleck:
Hey everyone, welcome back to the Encouraging Words for School Counselors podcast and welcome to 2022. I’m Matt Fleck with Inspire Success. Despite all that we’re going through in this country and across the world, I’m keeping a positive, optimistic attitude about the new year. Truly. You can call it naïve but I’m really hoping for the best in 2022. It’s a sentiment that was reinforced by an op-ed I read over the past weekend from Stephen Lyons in the Chicago Tribune called a “A Love Letter to Our Imperfect Nation.” In his article, Lyons details the many ways he has been frustrated with America over his 66 years of life…but he ends with a statement that despite it all, the US has blessed him “with the greatest gift of all, one that is so uniquely American. Hope. The hope that we can be better. That the future is bright with possibilities. That even I, as equally as flawed as you, might at last do something that is worthy of the potential that America promises. Even in these most troubled times.”

If you’re a new listener: welcome! Just so you know, the Encouraging Words for School Counselors podcast features short stories from school counselors about the funny or touching experiences we have with elementary, middle or high school students and families.

This week’s story is from Dr. Russell Sabella who is professor in the Department of Counseling at Florida Gulf Coast University (FGCU) and President of Sabella & Associates. Dr. Sabella is well known for his technology boot camps and the many articles and books he has written or co-authored related to school counseling. He’s a hero and guru to many in school counseling!

Before all of his fame, one of Dr. Sabella’s early jobs was as an at-risk counselor for about 100 students with whom he did peer helping, small groups, play counseling, and even – what was a new exercise at the time – leading his students through a ropes course experience.

Dr. Russ Sabella:
And I said, oh man, I, you know, this would be pretty cool for the kids to do. It’s about social, emotional development, you know, really getting them to tap into their potential. I did have one condition though. I said, well, I needed the school resource officer to come with me. And luckily this was a guy who was also a mentor to the kids. He was not a, you know, be careful or you’ll get arrested kind of guy. He was, uh, he really wanted to help the kids. He was there for them. And so he and I took them and he was bigger than me. He was a big guy and, and, uh, towered over the kids, uh, but real friendly. And so we took the kids out to a ropes course for the day, and it was – you know, ropes course starts off with low risk elements. Team-building icebreaking and then the elements start to increase all the way up to some of the higher elements where they’re climbing a long ladder 20, 25 feet in the air, maybe 30, and having to of course, in a safe way, harnessed, a walk across a rope. And I got to tell you, again, throughout the day to watch those kids be kids again, and to count on each other and team build and talk to each other in ways that I had not seen all year long,

Matt:
What happened next – at the culminating point of the ropes course – was as much about the adults in the group, as it was the students.

Russ:
The school resource officer was kind of watching and observing and then toward the end, the high element came. And so the kids were cheering him on to do it, to go up there and climb the ladder and get harnessed and, and, you know, walk through and he’s going. He said, no, no, I’m not going to do it. And they would not stop. They were going to get a little rambunctious unless he did it. So he finally agreed to do it. And lo and behold, he didn’t make it. He got so scared that he stopped up on the rope. He froze, he couldn’t walk across the rope. And I thought, oh my gosh, I was just overwhelmed because I thought, oh, how embarrassing for him and the kids are never going to let this go. But the opposite happened with all his training and all of his, uh, how they saw him as someone who was courageous. It really humanized him and the kids empathized with him and he came down and they hugged him and, and it inspired the kids to do it. Um, so, so because he couldn’t do it, they said, well, I want to do something he can’t. And so the kids were doing it.

Matt:
What strikes me most about this story is how the students connected with the resource officer and his fear. Maybe because he appeared to them as being a regular human being  – someone who is approachable, not just an adult or authority figure – but someone, perhaps like them, who wasn’t perfect in every way.

Russ:
They were on an even playing field. They all had never done that before. And then, they were all facing the same level of new kinds of risks and that risk of getting higher as the day went on. And so they had to get through it together. And that’s another thing they discovered. They really needed each other to make it happen and no one could do it alone.

Matt:
That one experience not only impacted Dr. Sabella and his students that day, it had a ripple effect on his graduate training program for new school counselors.

Russ:
I got to tell you, I felt so bad for him. I was so embarrassed for him. I thought, oh, I’m just so glad it’s not me. And by the way, I went after him and it was scary as heck. The only reason I could make it was I was trying to imagine that my house was on the other side of it. It was on fire. My family was in there and I had to go, go and save them. That’s the only thing I could imagine in my head to get me across that ropes course. And by the, that was such an impactful experience that for almost two decades, now we have incorporated a full day ropes course, uh, in our group counseling class. So all of our students have to go through that for an entire day before they graduate.

Matt:
You can learn more about Dr. Sabella – including information about his newest book entitled School Counselor Side Hustle about earning extra money while still being a counselor – on our website at inspiresuccess.org/podcast. While you are there, you can also subscribe very easily to this podcast on your favorite phone or computer app, you can connect to our Encouraging SONGS for School Counselors playlist, or navigate to our online “Sound Booth” and record a story of your own school counseling experiences…which we would love to hear.

I know coming back to school after the holiday break can be hectic and stressful – so hang in there – have hope, and don’t worry too much about your students seeing you as a real, imperfect human being. Maybe they’ll relate to you even more that way.

Thanks for listening. Have a great week!