Dr. Russell Sabella is our storyteller again this week, with three essential lessons learned from a group of boys about how to keep students who are ‘at-promise’ engaged.

Dr. Russell Sabella is Professor in the Department of Counseling in the Marieb College of Health & Human Services at Florida Gulf Coast University (FGCU) and President of Sabella & Associates. 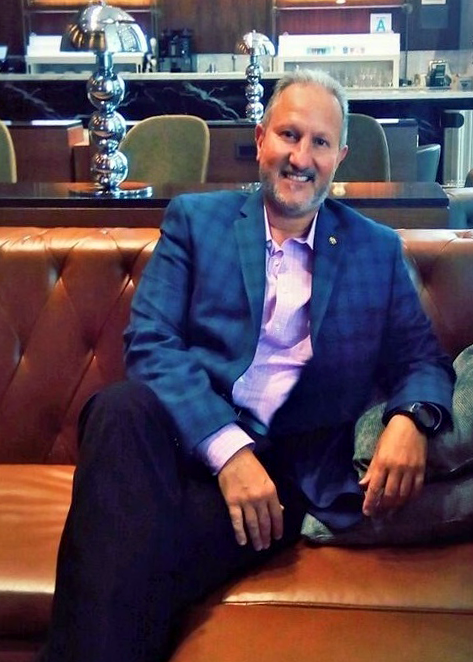 Matt Fleck:
It’s another week of the Encouraging Words for School Counselors podcast. Welcome everyone, I’m Matt Fleck with the nonprofit Inspire Success. Inspire Success works with and for school counselors to help more students succeed. And we’re pleased to have Dr. Russell Sabella back with us again this week.

Russ loves working with students, but he has a special passion for students who are at-risk – or perhaps more appropriately, at-promise. Russ remembers one group of at-promise students who – perhaps a bit optimistically or ironically – called themselves the “young gentleman’s club.”

Dr. Russ Sabella:
And by the way, it was a euphemism, they were not acting as gentlemen. I will tell you, this was a group of kids who needed some tier two, tier three intervention, and they weren’t really getting very far. They had a lot of guest speakers. They had people from the community, they had leaders. They had people who they thought were inspiring. They even had school resource officers and others talk about, you know, how to stay out of trouble. So they had all these efforts. And I actually, I, as I think about it, I came in as the person, who’s going to talk about cyber bullying. So I was one of those people who were supposed to come in and inspire and give them knowledge. But when I left, I realized that that was not enough.

Matt:
Russ found that the attendance, academic and especially the behavior data showed that the students weren’t actually improving. Instead of getting inspired they were more or less just persisting.

Russ:
And so I talked with the school counselor who also was a graduate of ours, and we’d worked really well together. And I said, how about we incorporate a peer helper component? And wouldn’t it be cool if the kids actually learn something that they knew they had to use in order to help someone else. We were going to use altruism as the way to get them back on track.

Matt:
So that’s what they did. They turned the program into a solution-focused peer helper program – telling the students in the “young gentlemen’s club” that they had had some knowledge and survival skills that could be helpful to middle school students coming into the program. And they told the kids…

Russ:
Your job, should you want it? Your mission is to do just that. So we’re to get together, you’re to figure out what your PowerPoints are, what your learning activities are. We’re going to build lesson plans and curriculum, and guess what? You’re going to deliver it as well. We’re going to go over there and we’re going to spend some time presenting and doing some learning activities with those fifth graders on what it takes to succeed in middle school. And I would love to say that that turned a hundred percent of the group around, but it did not. There were still some students who just weren’t having it. They didn’t quite make it, but we saw some tremendous growth. Most of those students, when we gave them the responsibility and the role as helpers, and what they were learning was suddenly very meaningful because they were going to have to deliver that knowledge, they really got into it. Now, some of them, we saw their grades go up, their attendance go up, discipline got better, and we asked them why. They told us. They said, well, they were enjoying their project, their school success project. And they didn’t want to miss out on that. So they wanted to make sure they kept their jobs.

Matt:
Decades ago when I was just a lad, I supervised a small group of guys to rogue corn. Roguing corn means you give a sharp cycle-like object to a bunch of boys and ask them to walk through a soybean field and cut out any stalks of corn. Safe, right? What could possibly go wrong? One of the guys on my crew kept screwing around, despite my repeated threats, so, before lunch, I fired him. And because we were out in the middle of a soybean field, I told him he had to stand by the truck and wait until the end of the day to go home. After about 45 minutes out in the hot sun just standing there, the kid came to me and begged me to hire him back. He was so bored that he promised not to screw around anymore. I told him I’d hire him back only if he monitored everyone else so THEY didn’t screw around. And you know what? It worked. I gave him a second chance, a little bit of responsibility, and I had no other problems.

Like Russ, I learned some lessons about what does and does not work with young people.

Matt:
Great advice, so let me repeat it in case you missed it: put students in situations where there are experiential activities, situations students can work together as a TEAM, and – to the extent possible – activities that are meaningful.

Thanks, Russ. You can find links to Dr. Sabella’s many books and other resources on our podcast landing page which is inspiresuccess.org/podcast.  And as we come up to National School Counselor week in February, please consider dropping me a line so we can record YOUR favorite story of working with a student or family. I’m certain that many of you have doozies. Just send them to me at matt@inspiresuccess.org. And we also taught you two new terms this week: doozies – whatever that means – and roguing corn.

Have a great week and hope you’ll join us next time.