We begin a series of podcasts focused on school counselor of the year candidates including some, like Kimberly Raymond, who share their success with real and not-so-real helpers. 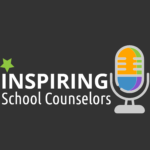 Kimberly Raymond graduated from the University of Maine with a degree in Psychology and went on to obtain an M Ed. in Counselor Education in 2006. She has been a school counselor for 16 years and currently works with Pre-K to 4th grade students at Leroy H. Smith School in Winterport, Maine. She serves as the Assistant Chair of the Maine School Counselor Association and was honored to be recognized as the Maine School Counselor of the year in 2021. Kimberly says she has a passion for teaching classroom lessons and finding ways to engage all students. “My goal is to make sure all my students know how much they matter everyday!” 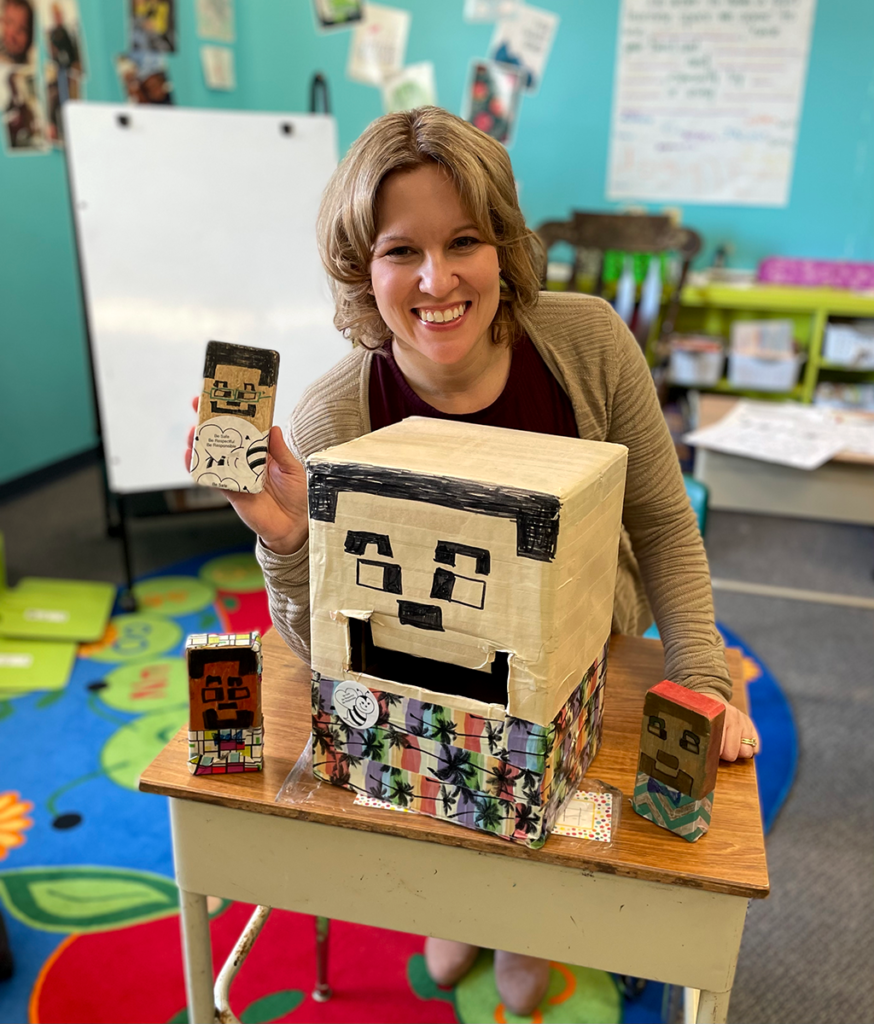 Matt Fleck:
Hi, everyone. Happy National School Counseling Week 2022 and cheers to all of you! I’m Matt Fleck with Inspire Success. I hope you’re not too exhausted from all of the celebrating to listen this week. Every year during this month of February, the school counselor of the year nominees from many states are honored by the American School Counselor Association for their distinctive contributions to the profession. And ASCA has allowed us to talk with some of these school counselor of the year candidates so you can get to know them a little better.

That’s how Kimberly Raymond came to be our guest this week. Kimberly is the school counselor at Leroy H. Smith Elementary School in Winterport, Maine and has a passion for ensuring that all of her students feel connected and appreciated.

Kimberly Raymond:
I think that a lot of times I feel like in school counseling that you don’t always get an opportunity to see the impact of, you know, what you do. And I spend a lot of time finding ways to engage students in the classroom. So I have a lot of fun things that I do like a character. I have a character I created that the kids really like, and they named him Steve and they can earn him in the classroom.

Matt:
Students who listen to and stay engaged with Kimberly’s classroom lessons are rewarded with a visit from Steve, which is a delight to them. So much so that Steve has sort of become Kimberly’s partner in her classroom guidance action plan.

So I found, uh, you know, a block of wood, just a classroom block, and I decorated it with some tape and drew a face on it, you know, with a Sharpie marker, and brought it to class one day and said it was a new friend that was visiting the class. And this was probably seven or eight years ago.

And a student said, he kind of looks like Steve from the game Minecraft – do you know that game? And I said, well, I’m familiar with it.  But they said, we should name him Steve, because he looks like that character.

So then from there a bunch of little Steve’s got created. There’s a bunch of different versions, but they’re all about the same. And if the kids in the class  earn Steve enough times in a row, like once they’ve earned Little Steve for five different classroom lessons that I teach, they get to have Big Steve visit the classroom. And we have a Big Steve party and celebrate. Big Steve is made of a lot of cardboard and a lot of tape. So I mean, he’s a lot of fun to have around.

I just try to find fun ways to be silly with the classes. So I guess I want the kids to feel connected and know that they are making an impact, that they matter, but I want them to be engaged in my lessons and have fun and look forward to me coming in and talking with them

Matt:
Steve is so popular that his influence has continued even when Kimberly’s classrooms have gone virtual due to COVID.

Kimberly:
I’ve had other situations where students have brought in their own version of the Steve character that I created. So they’ll go home and they’ll make them at home and then bring them in to me. And I’ve had a lot more come in in the last couple of years, or kids have shared them with me, especially when they’re doing a lot of at home learning during the pandemic.

So that’s just one of the examples that I can think of off the top of my head that really was fun to see that they are enjoying my engaging and fun lessons and then able to kind of carry that forward with their families at home. And, you know, with their classmates.

Matt:
Steve is just one example of the many successful ideas Kimberly has implemented over the years. Nine years ago, she started a Civil Rights Team with a group of third- and fourth-grade students to address potential bias and to make students more aware of and appreciate cultural differences. But Kimberly says it’s not only about classroom guidance lessons and special programs that make a counselor successful.

Kimberly:
I like it when I hear kids talking about my lessons and things like that, but there also have been some examples of times when I realized later on that I had a big impact on a student. I remember early on in my school counseling career, when I was still kind of figuring out what I was doing, you know, just trying to figure out the job and my role, you know?

Just out of graduate school, I was working at a pre-K to eighth grade school and I had a middle school student who was really struggling. And I was just trying to figure out how to support her and ended up giving her an opportunity to sit quietly in my space and she could write in this whole journal she had. And then I remember one day I came back into my office and she had left the note on my desk ​​and it said, even though I know you’re busy and you see a lot of kids, you make me feel important and worth at least something.

I still have that note and I carry it with me. I know I have it in a special place at home and I just look at it sometimes. And you just remember sometimes it’s that small thing. I mean, I didn’t think it was a big deal to give her a little quiet space to do some journaling when she was feeling anxious, but it made a bigger impact on her than I even realized at the time, as a young school counselor.

Matt:
Congratulations to Kimberly for her recognition as Maine’s school counselor of the year and thanks for sharing your story. By the way, Steve did NOT get nominated…BUT, you can see a photo of Kimberly and several of her little Steve’s and even big Steve himself on our website at inspiresuccess.org/podcast.

Remember, you don’t have to be a school counselor of the year to share your story with us. While you’re on our podcast website, just click on the link to our online Sound Booth and record a story or two of your own experiences as a counselor. Again that’s at inspiresuccess.org/podcast.

Thanks for listening. Once again, Happy National School Counseling Week and cheers to all of you!