For Jillian Fackenthal, recognition as Florida’s School Counselor of the Year means thinking differently, collaborating with others, and involving students in finding solutions – even when success is measured in nontraditional ways.

Jillian Fackenthal was born and raised in Pittsburgh, Pennsylvania where she received her undergraduate degree in Psychology and master’s degree in Counselor Education at Duquesne University. After working for a few years in her hometown, Jillian moved to Fort Lauderdale, Florida to be Director of Guidance at Piper High School before transitioning to her current position as Director or School Counseling & College Advisement at St. Thomas Aquinas High School. Jillian loves Zumba (and ice cream) and says her aspect of school counseling is  collaboration, consultation, and supervision that allows for a successful comprehensive school counseling program to function. 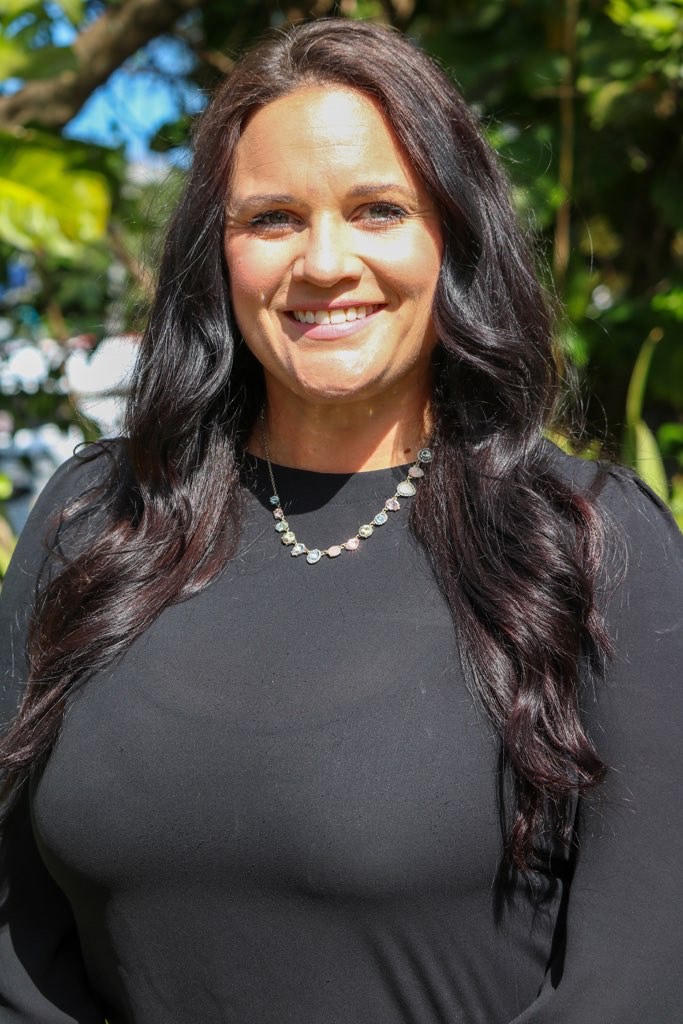 Matt Fleck:
Hi, everyone! Thanks for joining us again this week for the Encouraging Words for School Counselors podcast. I’m Matt Fleck with Inspire Success.

Since early February we’ve been featuring stories from the exceptional school counselors who are being honored as School Counselor of the Year in their home state. Since it’s close to Spring Break, we decided to travel south this week to hear from Florida School Counselor of the Year Jillian Fackenthal who actually didn’t start out with the intention of being a school counselor.

Jillian Fackenthal:
How I became a school counselor is, I was literally walking down Forbes Avenue a week before graduation, went under this bridge, and thought to myself, “Oh my gosh, what am I going to do with a psych degree?”

I went to the advisement office to an advisor I’d never met with a day in my life, and I said to her, “I don’t know what to do.”

And she kind of helped me come up with, okay, well, these are things that are possibilities and I heard “school counselor,” and I hadn’t really thought about that. I didn’t even know how you get into that. I think I thought that maybe some teachers got promoted into that. I didn’t realize it was, you know, an entire program on its own.

So that’s kind of how I decided to get into that on my own. And I personally have a history of adolescent depression and anxiety, as well as experience with eating disorders. So for me, I was like, okay, this is an opportunity for me to be able to go and help other students who had a similar experience as me, kind of, navigate high school, and find something that they can do. Because obviously I couldn’t figure out what I wanted to do, so I’ll help other people figure that out.

Matt:
And that’s just what Jillian has done. For six years, she was School Counseling Director at Piper High School in Broward County, Florida where her primary role was increasing the school’s graduation rate. She had a caseload of over 700 seniors but one particular story, of a younger student, stands out.

Jillian:
There was this girl who came in and she was in 10th grade and my other counselor was like, “I need your help. I don’t know what to do with this student. She wants to drop either an AP or dual enrollment class. She’s in 10th grade.”

So I went in and you know, I was talking to her and she’s like, “Well, I just need out of there. I’m having a hard time studying.”

In counseling, they always tell you the presenting problem is – most of the time – not the real issue. And I kept saying to her, I’m like, “I don’t get it. Like, your grades are really good. Why would we drop an AP class?”

And she just broke down crying and was saying that she was talking about having housing instability and carrying seven AP / dual enrollment classes. She was having a situation where she couldn’t find lighting for long enough to be able to do the amount of work. Really heartbreaking.

I remember sitting on the ground with her because she was crying, getting on her level, and saying like, “I get it. This isn’t easy. We’re going to find a solution.”

We made an exception. We put a second study hall on her schedule and we dropped a different class so she could have more time. We got her set up with resources through the district, which we’re very fortunate that there are a lot, there’s a wonderful social work support system, so they were able to help her, too. Jeez, my old coworkers used to make fun of me and say I’m the biggest cry baby ever.

So I remember telling her, I get that it’s not easy, but I swear to you, this will be worth it.

Matt:
And it was worth it. Several interventions convinced the student to remain in her AP classes, but it wasn’t a simple, one time fix.

Jillian:
It became like clockwork every year, at the same time of year, she would have a similar meltdown, whatever, whatever she was, number two in her class. And I always just kind of.. And listen, the girl who was number one was amazing, too. She was absolutely amazing. Like, we had such good, amazing, hard working kids, but a part of you always, just kind of, your heart was just kind of like, she works so hard. And she did end up valedictorian.

It was like one of those moments where you’re just like, okay, like, I remember every year sitting with her on the floor while she cried, not being able to help her other than to just remind her that it was just a little bit longer, and that it will be worth it.

Matt:
Getting more students to graduate appears to be a special talent of Jillian’s. During her six years at Piper High School – where 83% of the student population qualifies for a free and reduced lunch – Jillian was able to help raise the graduation rate by an impressive 15%. But not everything was easy.

Jillian:
Last year – no, not last year – in 2019. Something that was happening that was really concerning is that we were having a lot of physical altercations, which, of course, was really setting back a lot of kids that had done a lot of work. And like in reviewing the data, it was primarily ninth and 10th grade students.

And my principal, she was, you know, like, “We need to reduce the violence that’s happening on campus. We need to figure out a way to make it happen.” The initial suggestion was to run small groups with the select few students that had actually been involved in an incident.

So I was thinking about it and the more I was thinking about it, I was like, you can’t predict who is going to get into a physical altercation. If there’s 2,500 people and the only people that are being involved in a program are eight to 10 kids that got into an incident, how could you ever reach any of the other people who maybe have the potential to be involved in a negative incident?

Matt:
Jillian and her staff decided to think differently about possible strategies for resolving the violence.

Jillian:
So myself, as well as a few of my coworkers, got together to kind of brainstorm what we would do, and we identified the leaders in the school that we knew, maybe, previously had made poor decisions in 9th and 10th grade, but had started to make positive decisions, and kind of change the path.

It basically became a social-emotional initiative that was kind of like mentoring where the 11th and 12th graders came up with their own curriculum – that we obviously approved and facilitated the conversation – as to what they would tell 9th and 10th grade, basically themselves to like, what, what are the hard decisions that you’re going to have to make to make sure that you are being involved in a positive school climate and making good decisions. So some of the stuff that they would talk about is like picking your friends wisely, making sure that, you know, if you are going to do something, thinking about how it would affect you for the rest of your – in going to college – or like, is it something that you could potentially have an interaction with law enforcement, or end up in a situation where you are suspended for a duration of time or expelled, and then setting goals for yourself.

I would say that one of the best days of my career was the day that the whole school was actually able to be in a place where there was music playing, that was unstructured, sign a banner, and nothing happened.

Matt:
So true. Sometimes having nothing happen is a sign that something good is happening, right? Jillian is now the Director of School Counseling & College Advisement at St. Thomas Aquinas High School.

Her encouraging words to other school counselors: When the days are hard, remember to seek collaboration with colleagues and other professionals, and be sure to celebrate the small victories.

We hope you’re enjoying our series highlighting stories from School Counselors of the Year, but remember you don’t have to have a special award to share one of YOUR favorite school counseling stories with us.  We know you have at least one or two good ones to share. Contact us and we’ll help you record your story or simply go to our online soundbooth and record it on your own at https://inspiresuccess.org/soundbooth.

We’ll be back again next week and we hope you will be, too. See you then.